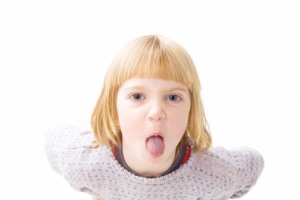 The article below was first written by Dr. Petersen for GoodTherapy.org and is published by them at http://www.goodtherapy.org/blog/respect/. It is reproduced here with permission.

If you are concerned about your child’s disrespectful behavior, you have probably tried many corrective measures: Demanding adherence to rules. Correcting language or eye rolling. Lecturing them about how much you do for them. Reminding them that respect is a two-way street. Only with the vantage point having worked with hundreds of families over 15 years can I tell you with great confidence these tactics never work unless we already have a basic level of respect in the relationship.

We parents too often fall into demanding respect and forcing children to comply.  With threats, punishment, shaming, bribes, and rewards, we use our power in various forms to get children to respect authority and the powers that be. Our success has been our downfall. We’ve unwittingly taught kids to respect the power and control of authority, losing sight of the more important goal of respecting relationships and respecting each other as individuals.

We’ve taught kids to value power and control so much that they want it for themselves.  So they set out to win power and control, contributing to power-struggles with their parents.  This explains a phenomenon I observe in my office, that the more a parent identifies with power and control, the more likely they are locked in protracted conflict with one or more of their children.

As a counselor, respect for power and authority typically is not at the top of my list. We need to demonstrate respect for each other and for relationships, not for power and control.  We need to win children’s respect, not try to demand or force it.  Coercing respect might bring compliance but it doesn’t build true respect for each other.  Respect is won by giving it and earned via acknowledgment of innate worth and equality. Children are our equals, not in skill or knowledge, but in human dignity.  We should treat them as such.

Gaining children’s respect begins with treating them respectfully and focusing on the relationship.  Here are some suggestions:

WE ARE AVAILABLE TO YOU